At the Powder Keg we strive to build a team that is standout in the industry. Trust is at the forefront of everything that we do. Trust is a combination of competence and the highest ethics; even if your best friend is a doctor you will not go to him unless he is competent as a doctor.

Our team practices the values of freedom to act, teamwork, passion to win and ethical behaviour. At the Powder Keg we are acutely aware of the importance of people to our business. We believe that good people are our best asset (bad people the biggest liability), hence we will continue to invest in our team. 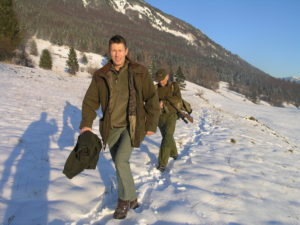 David is responsible for strategic growth and strategic sourcing. David has lived in Central Europe for the past 10 years; Slovenia was his base from where he ran a $400M business that spanned Europe, The Middle East, Africa, Australia and Asia. David grew up on a farm near Aliwal North, his passion for guns and hunting started at an early age. He spent most days out on the farm often having to drink water from the stock cribs.

“I qualified as a Chartered Accountant, but my appetite for business and people ensured only the first 6 months of my 23 year corporate career was in pure finance”.

“I believe in discipline and hard work. I have high urgency for continuous improvement. I have a need to win, which is vastly different from wanting to win. I say that there is no point to come to work just to be average. I set high standards for myself – and for everyone else”.

David has a passion for fine guns, he loves the art in custom handmade guns; the investment value he says is the scoresheet for future generations that might not share his passion in the art of fine guns. David’s personality is one of a perfectionist, he prefers to be respected than liked. 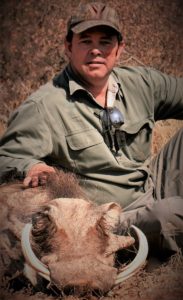 Paul Luff was born and raised in the Eastern Cape. At age 9 Paul hunted his first animal and so started a lifelong passion in hunting. Free time in his military career was spent hunting and exploring remote environments. A large part of Paul’s civilian career was in the IT industry representing many top tier brands. Paul’s marketing and electronics qualifications were valuable to his many life successes. Paul is a qualified professional hunter and still guides foreign clients on their hunts. As a pilot Paul flies to remote hunting areas giving that complete safari experience. Looking for Paul when he is not at The Powder Keg, search no further than his hanger.

Paul not only has a passion for large calibres, he is proficient in shooting them. He loads for all his firearms, a hobby born out of the need to load for the rare calibres he owned. Paul co-authored the video, The Sum of all Parts, a reference for many novice re-loaders’. 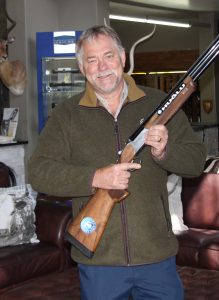 Kirsten brings leadership by example to The Powder Keg. His interpersonal and communication skills will boost customer interaction and inspire his colleagues.

Kirsten’s history is a diversified track record of meeting and exceeding targets in all disciplines of business. He has held leadership roles in business with a turnover in excess of R200M and teams in excess of 200. Kirsten is ideally suited to support growth initiatives at The Powder Keg and in particular the expansion of the distribution business. His experiences in general management of large and diverse operations are ideally suited to the needs of The Powder Keg.

“I am easy going by nature, I get on well with customers and colleagues, but I am disciplined and performance driven. My competencies and interpersonal skills have been key drivers of my past successes. What I like about The Powder Keg is their high ethical and moral standards, this is a fundamental requirement for any environment that I find myself in because I won’t compromise on doing the right thing.” 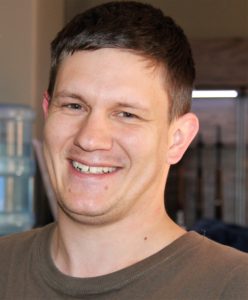 Knowing Shaun’s passion for firearms it was a surprise when at first he described himself as a late bloomer to firearms. We then learnt that Shaun started shooting cans, pigeons and rabbits with a .22LR on their plot in Randfontein at aged 9; only in South Africa do we classify this as a late startJ Shaun was tasked to shoot domesticated pigs for slaughter, so came his understanding and respect for firearms at an early age. Later Shaun broadened in horizons to active pistol shooting. Shaun tried IDPA, getting the opportunity to shoot and handle a wide spectrum of firearms. This Shaun describes as his start of the “passion flame”.

Shaun was invited to a hunt in 2008, he describes the exhilaration of the raw nature of hunting, the traditions and culture as further elements that entrenched his passion in hunting. In that hunt Shaun bagged his first Kudu, if not hooked before he was then properly hooked. Two years on Shaun’s passion for firearms became his bread and butter when Doc Lucas Potgieter and his wife Wendie took him under their wings at The Powder Keg.

“In my first month of working at The Powder Keg, which I now call my second home, I learned more about firearms than I did in all the years before. Every day I learn something new, whether essential or just an interesting fact. The world of firearms is my future, I try to inspire others, young and old, male and female to get connected with the shooting fraternity for a lifelong adventure.

As long as there is a trigger to pull it will put a smile on my face”. 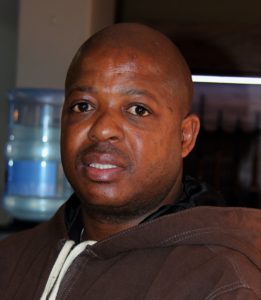 Arthur was born in Krugersdorp and has spent most of his working life as a driver and supporting business administration.

Here follows a remarkable story of Arthur, validation of what all humans are capable of given the opportunity and empowerment to grow. Arthur needed to get his competency to trade in firearms in order to be of most value in the business of The Powder Keg. Arthur had never owned a firearm before and went on to achieve his competencies in less than six months; in all four disciplines!

“It is my role to ensure that our customer’s firearms are transported safely and securely, ensuring your firearms reach their destination quickly and securely. I regularly follow up with CFR on export and import applications in order to expedite the processes. You will see me when you visit The Powder Keg”.

Our team is diverse, yet we all share common values. If we were all the same then there would be need for only one of us. The Powder Keg will stay lean while the business adds revenue streams that offset the seasonality of the hunting industry. The leadership of The Powder Keg recognises the impact that they have on the behaviour of others; we lead by example, setting the standard vs. the policy. We recognise at The Powder Keg that our worth is the collective capacity of our team to create value. We focus on the “soft” issues of our business – our people, our team.